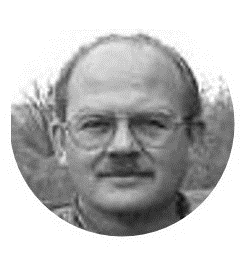 Tom Osborn joined Procter & Gamble in 1973 following a post-doctoral appointment in the laboratory of Nobel Laureate, Harold Urey, designing an experiment for Apollo 17 astronauts to measure cosmic ray induced neutron flux on the moon. What might appear as an unlikely start for someone who later made key contributions to consumer products, it is indicative of the fact that Breakthrough Innovation expertise is more about exemplary discovery skills than possessing specific technical insight at the outset.

Tom worked exclusively in the upstream technology, innovative measurement methods, and new products during his career at P&G. He was appointed Research Fellow in 1992 and elected to the Victor Mills Society in 1998, an appointment recognizing the top 0.15% of the over 9000 R&D professionals in the company who are the most prolific business-building innovators. His contributions leading to this appointment were the basis of Tom being featured in the book, Serial Innovators.

Dr. Osborn was also one of the Company’s representatives when P&G was recognized by the US government with the National Medal of Technology, an award given only to a very select group of technology companies including Cisco, Microsoft and Amgen. Tom Osborn’s patented technology and products contribute about $1.5 billion dollars in sales each year.

Tom holds about 130 US patents including key patents on Always Ultra, Wings and Pearl Tampons. He has been an expert witness in patent litigation disputes appearing in federal courts in the US and internationally. His journal publications include topics as diverse as: the origin of meteorites, cosmic ray induced nuclear reactions in lunar rocks, geochemistry of basalts, analytical chemistry, and measurement of in-vivo biomechanical properties internal human organs, toxic shock syndrome, the menstrual cycle, and finite element models of the human female pelvis.   He was a plenary co-presenter with Bruce Vojak on the characteristics of top innovators at the 98th American Oil Chemists Society Annual Meeting held in Quebec City, Canada.

Dr. Osborn has served on academic and governmental boards including the University of Cincinnati Biomedical Engineering Advisory Committee and on the Educational Services Evaluation Task Force; Steering Committee for NSF-University-Industry research cooperative for Minimally Invasive Medical Technology and represents P&G on the Council of National Research Fellows.

In addition to these professional contributions, Tom has served as a board member of several national charities. He also is currently mentoring future innovators for two-weeks each semester as Guest Lecturer and Inventor-in-Residence at Colorado Mesa University.